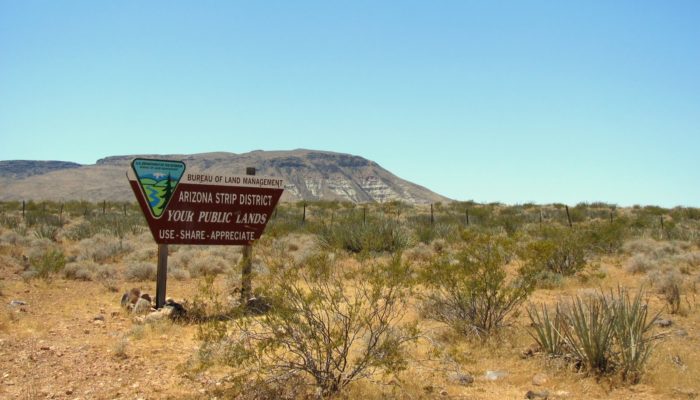 Only minutes from downtown Saint George it is possible to lose yourself in a vast expanse of land referred to as The Arizona Strip. Although this vast area north of the Grand Canyon and east of the Virgin River is part of Arizona, it is historically more culturally connected to Utah. Considering the difficulty of getting down into the Canyon, across the River, and back out the other side; this is not surprising. The overwhelming majority of the land north of the Canyon is either federal land or owned by the Arizona State Land Trust.

What is the Arizona State Land Trust?

To answer that question, one must go back to 1863 when the Arizona Territory was established. In the legislation that established the Territory, Congress set aside land to benefit the common schools. Half a century later, Arizona would become a state and Congress would set aside more land to fund education. Arizona created the State Land Commission in 1912 to manage this resource. The Commission interpreted the Enabling Act of 1910 which granted the land and Article 10 of the Arizona Constitution to direct that the lands be administered for their highest and best use. The Arizona State Land Department was established in 1915 with the mission of ensuring Trust lands are used according to this direction from the Commission.

Trust lands administered by the Land Department primarily benefit kindergarten through twelfth grade education (K-12) but other recipients include the state-run universities, schools for the deaf and blind, the state hospital, the Department of Corrections, maintenance of state buildings, and the Pioneers? Home. The Trust still holds title to 9.2 million of the nearly 11 million acres originally granted by Congress. Over the years, the Trust has sold some land at auction. The Land Department placed the proceeds from these sales in a permanent fund which pays dividends to the beneficiaries. In 2019, K-12 education in Arizona received $505 million from the permanent fund. The fund now holds nearly $6 BILLION with $5.6 billion belonging to K-12. The state’s penitentiaries, building maintenance, and Pioneers? Home received many millions of dollars from their part of the permanent fund in 2019.

The close proximity and wide-open spaces of the Arizona Strip beckon to residents of southwest Utah. While Utah has an abundance of outdoor recreational opportunities, none are as close and easily accessible as the Grand Canyon  Parashant National Monument and surrounding BLM just south of Saint George. Few visitors to the area may notice the small, inconspicuous white signs on the roadside where the road passes through Arizona State Trust Land as explorers cross the state line headed south on River Road toward Mount Trumbull. There is a large area of State Trust land in the area and smaller holdings scattered throughout the area between Saint George and the Grand Canyon Parashant. If you look at the map below, all the areas in light blue are State Trust lands. 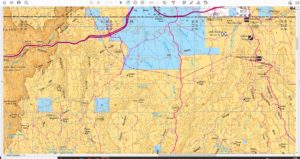 Recreation on BLM land or within the Grand Canyon  Parashant does not require any special pass or permit. Recreation on State Trust land, however, absolutely requires a permit. What is recreation? According to the State Land Department, literally ANYTHING except actively driving across Trust lands is recreation. I had one consultation where police cited a gentleman for sitting in his truck eating an apple. Photography? Recreation. Star gazing? Recreation. Enjoying wildlife or flowers? Recreation. Stop your vehicle on State Trust land and you become a trespasser. More on trespassing in a bit.

You would think if you can fire a gun to harvest a deer you could fire a gun for target practice, right? Well, you would be wrong. Recreation permit holders may not discharge a firearm on Trust lands. If you have a permit and discharge a firearm on Trust lands, you have violated the terms of your agreement with the Land Department and you are now trespassing.

There are other ways for permit holders to become trespassers as well. The Land Department leases some areas of Trust lands to private parties and these areas become off-limits. If an area is posted by signs other than the Trust signs saying a permit is required, the area is not for public use. Prospecting and rock hunting require a lease agreement separate from a recreational permit. Visitors are also prohibited from visiting archaeological sites.

So I’m trespassing. What’s the big deal? Well, Arizona is an extremely tough on crime state. A crime for which you would get probation north of the Southern Parkway could make you a guest of the Arizona Department of Corrections for ten years. Most sentencing is mandatory and non-negotiable. You cannot plead guilty to an infraction to avoid a misdemeanor trespassing charge. Arizona does not have a trespassing infraction and the judge in Colorado City believes it is perfectly reasonable to expect you to read the signs before venturing onto Trust lands. The charge is a class 3 misdemeanor with the potential for a $500 fine and 30 days in jail. No one is likely to get jail time, but you will pay a fine and you will have a criminal record. Arizona does not allow record sealing or expungement. Arizona convictions stay with you for life.

So should you just stay on this side of the Southern Parkway? No, you should get a permit! Individual permits are $15 annually and families can get a permit for $20. If you have extended family coming into town, group permits are also available for groups of 20 or less for no more than five days. Just go to Land.AZ.gov and you can pay and print. If you are headed to the Arizona Strip to sight in that new rifle, get a GPS mapping program for your smartphone so you know whether you are on one of the randomly scattered patches of Trust land or not. Stay on BLM and practice gun safety and you should have no trouble with the Sheriff’s Deputy who loves to write citations along the Strip. OnX Maps and Avenza Maps are two of the alternatives that seem to get good reviews. I am sure there are other apps which would work as well. Just make sure the map shows who owns the property under your feet.

If you are reading this a little too late, give the office a call. We can likely negotiate a deal where your charge gets dismissed if you stay out of trouble. The arrest record, however, will be yours to keep. 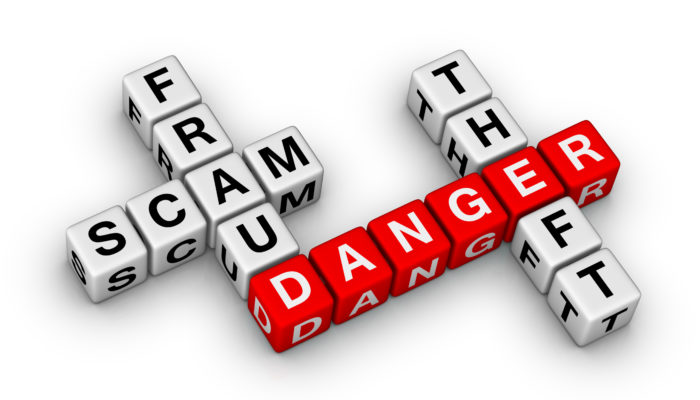 Phone scams and fraud via phone calls are prevalent in this day and age, and it seems to only be getting worse. In fact, most of us here at GWB receive multiple spam calls every day on our personal phones. There are some scams that are easier to see through than others, but scammers are getting smarter and it can be hard to know how to protect yourself. Here are a few tips to remember to help you avoid becoming a victim of fraud.

1. Ignore whatever it is they’re selling.

If it seems too good to be true, it probably is. When anyone calls you uninvited, whether it’s a bank, sales people, a charity organization, a survey company, or even a business you’re familiar with, don’t give in to any pleas or pitches. Caller IDs can be easily be faked and you have absolutely no way to confirm they are who they say they are.

2. Give them absolutely nothing.

When the callers tell you they have to speak to you regarding your account, credit cards, or something else seemingly important, tell them you will call them directly to discuss the matter. Some scammers will give you a number you can call them at, but don’t use it. Look up the phone number to the company they say they’re calling from in the phone book or on the Internet.

Always do your research before you give any personal or financial information over the phone. Check with the Better Business Bureau to verify that a business is legitimate, and check their website to see if it looks authentic and trustworthy.

It can be overwhelming to deal with so many spam calls on your phone and to try to avoid being scammed or a victim of fraud. But by remembering these tips you can better protect yourself, your loved ones, and your assets against fraudsters. And if you’ve received a phone call, piece of mail, or email that you believe may be a scam, report it to the FTC by calling its consumer hotline at 877-FTC-HELP or by filing a complaint on the FTC website.